Our schedule changes every month to keep your fitness fresh! Please see the online schedule for the most accurate class and teacher listing. Not all classes run at all times. Have a request? We can certainly schedule any class you like as a private lesson! 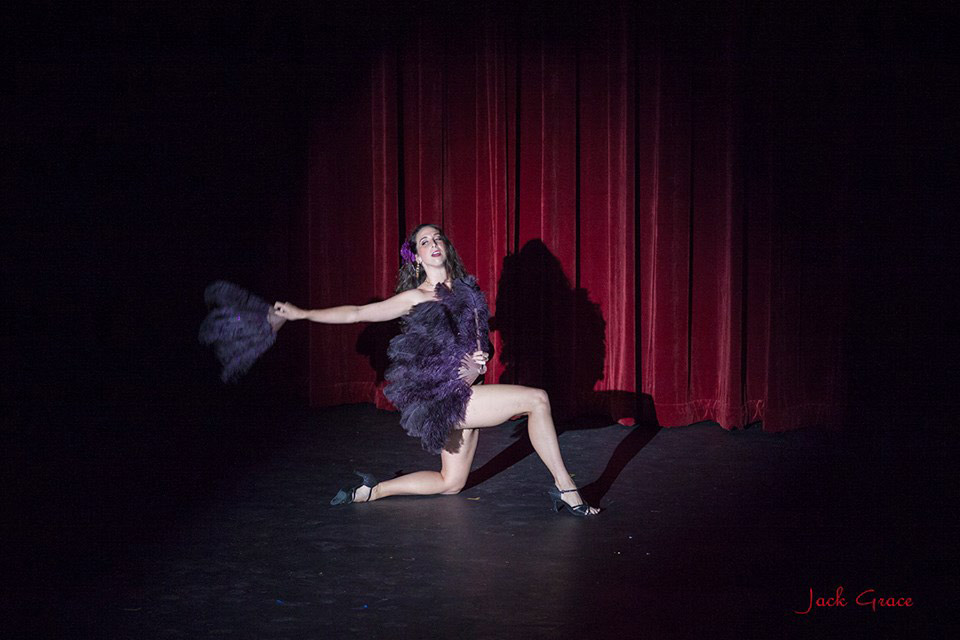 Welcome to the empowering and intriguing world of burlesque! No nudity or experience necessary. Leave your inhibitions behind and explore a progression of some bumps, grinds, wiggles, and shakes to help you find your own fun, flirty, and ferocious femme flow! Build a full routine through this 6 week series and enter the tantalizing art of the tease, a world full of rhinestones, glitter, feathers, and fun! 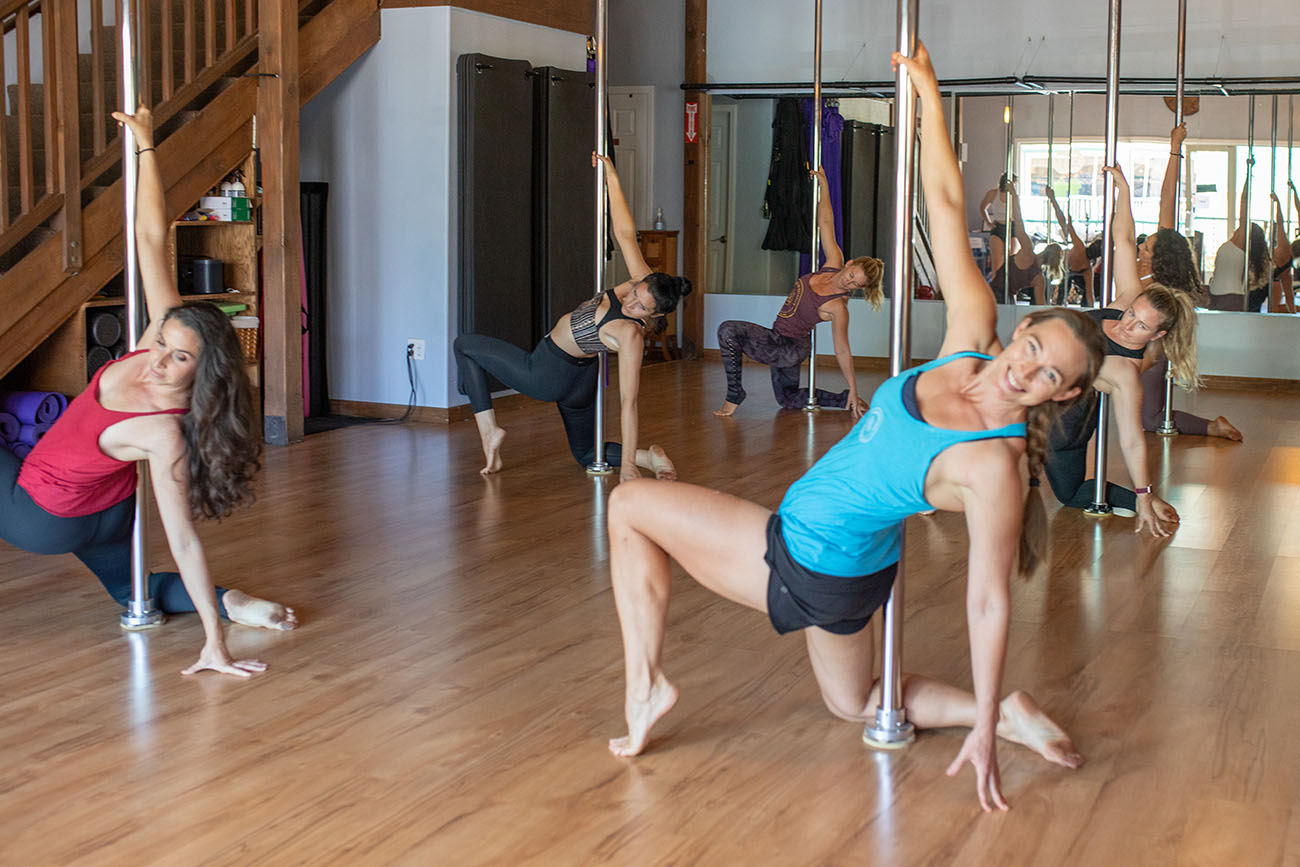 Get dancing! Let’s give your pole work some flow in this choreography based series. This class starts with a dance based warm-up and stretch and then transitions to the pole to progressively build a fun and flirty full routine! This is a beginning and intermediate class.

Prerequisites: at least 3 prior pole fitness classes or completion of Intro to Pole. 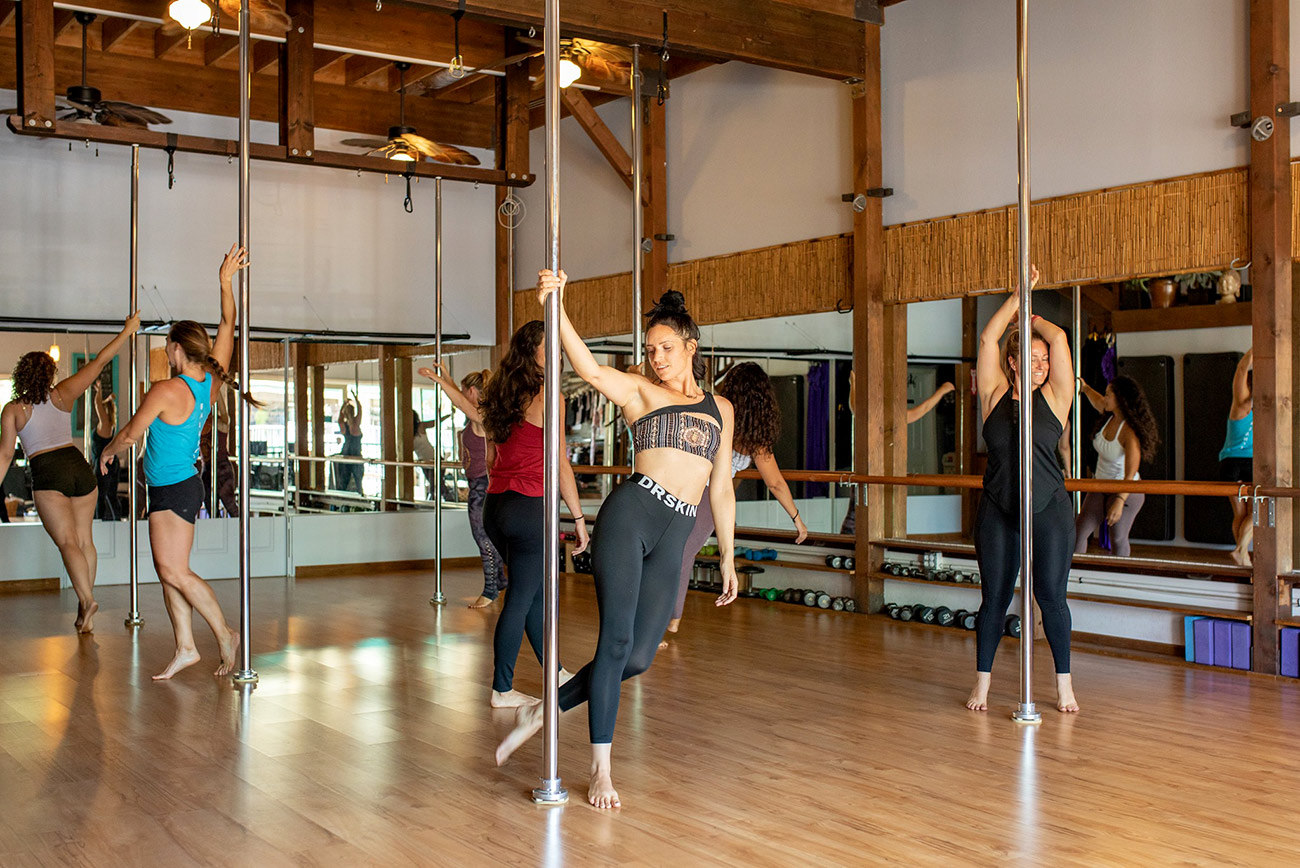 Develop a pole dance foundation during this 6-week series, including all the moves you will need to advance into subsequent higher levels of pole. This saucy class heats up with a Pilates based sensual warm-up and sultry transitions, beginning pole spins, basic climbs, and fun choreography. No shoes. Perfect for beginners. 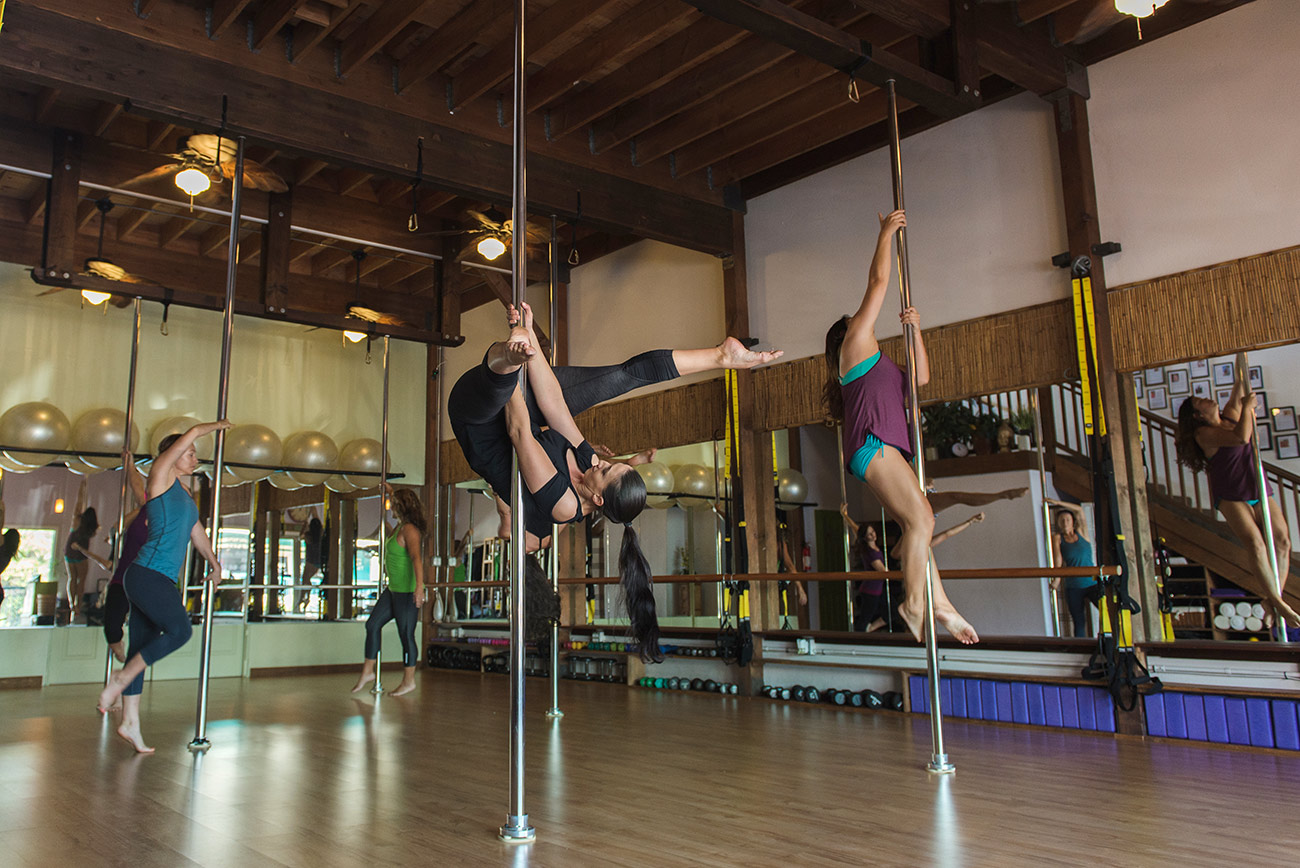 A new spin on fitness! This is a mixed class, so no matter your level, you will learn the move that’s just right for you! Class begins with a sultry, touch-me-feel-me floor warm-up and workout, then moves to the poles for sport-specific conditioning, spins, choreography, climbs, and inverts (when you’re ready). No shoes. All levels welcome from beginner to advanced. 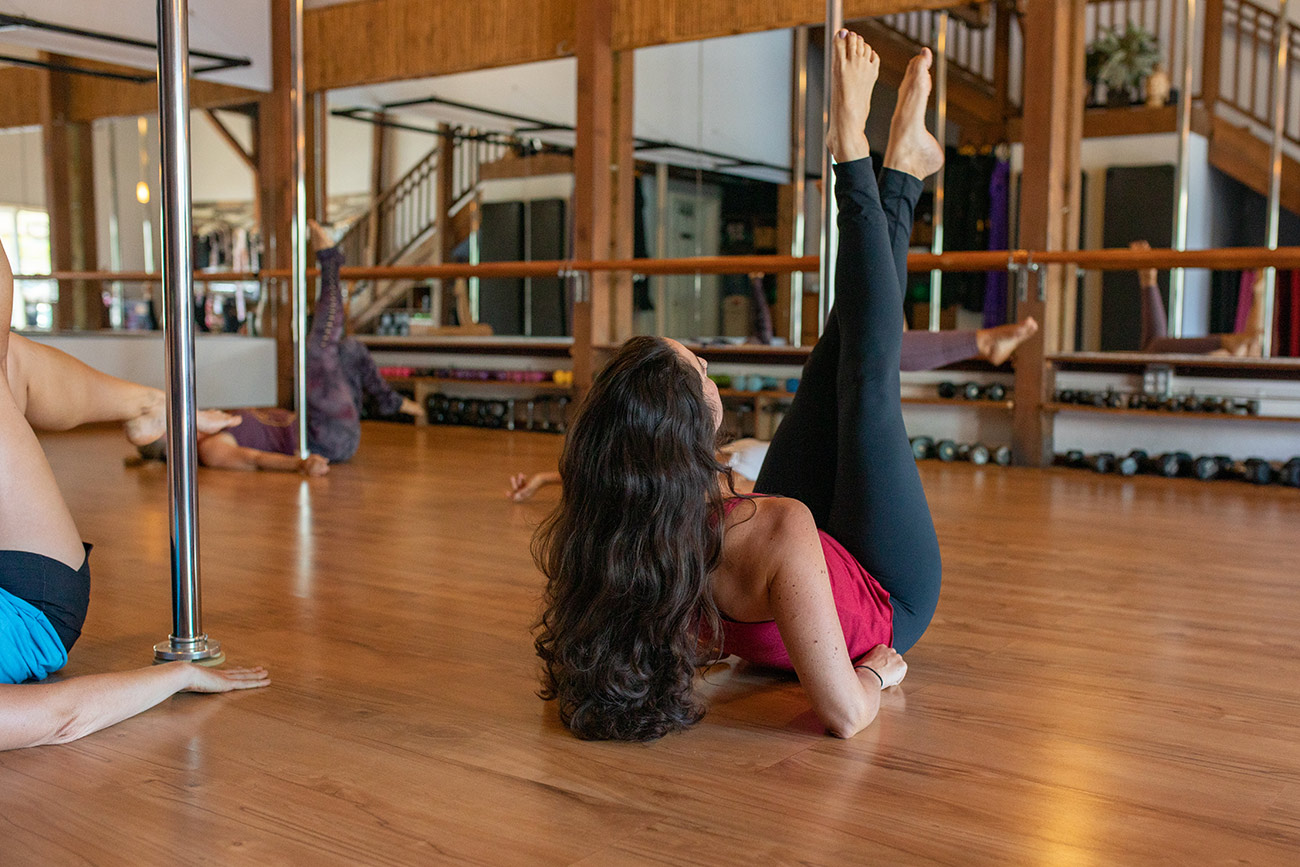 Bachelorette and Pole Parties are unforgettable! Learn how to strut, spin, circle, and swirl your way around the pole in a fun, frisky, and supportive environment. Choose your own entertainment: Do you want just pole dancing? Do you want a full workout? Do you want to add a little lap dancing? Do you want it all? Just let us know! We can book your event 7 days a week, outside of the current schedule of classes.

Felicia Chernicki-Wulf started dancing with Foy Dance Studio at the age of 3 and has continued to dance ever since. She lost her first tooth in Miss Carolyn Foy’s ballet class. At age 14, she received a full scholarship with City Dance Center in Yuba City, California. She later became an assistant and eventually an instructor with the studio. She has degrees in Behavioral and Social Sciences, as well as Arts and Cultures.

Felicia has received training in many different types of dance including ballet, pointe, lyrical, tap, jazz, hip hop, swing, salsa, lindy hop, and blues. She met her husband through dance. The two have taught various forms of social dancing both here on the island and on the mainland and can be seen performing in various productions on Maui.

Felicia believes that music and dance are incredibly beneficial to one’s self and well being and is excited to share her passion for both with her students.

Let's reach your Aerial goals this year! 😍 From

Working out with the whole family? 💪 From Pilat

Have you joined us for Barre yet? 😊 Our classes

Kicking the New Year into Gear!⁠ ⁠ Get off on

Get up and moving with your favorite Pilates class