Living In Action – The Beginning

Living In Action – The Beginning

Growing up, I never thought I would run a self-defense business. Sometimes you fall into adventures you never would have planned but are created by only your wildest dreams. This adventure was designed by my nightmares.

Of course growing up I wanted to do martial arts. Enter the Dragon was an all-time-favorite film. Also, I wanted to be like my mom and dad. They studied Judo. I didn’t know much about it, but I knew it made my mother’s hands fast as lightning and gave my dad confidence that exuded throughout his body when he was merely standing in my presence. I wanted that confidence and my mother’s fearlessness. In elementary school I felt fearless, protected by my older brother and parents. It was middle school that I learned to fear. One in four youth is affected by bullying. Strangely, I was the lucky one. I don’t even remember her name. I just remember her fist connecting with the back of my head on the school bus while I sat looking out at the evergreen trees on the ride home. There was no interaction before that point. I kept trying to recall over and over if I had said something to offend her and if so, what it could have been, but there was nothing. I never wanted people to know that I was hurting. However, shortly after that event, I said I liked walking to my father’s school to take the car ride versus taking the bus home. “I like the walk. It’s great to look out at the water.” That was my mantra. High School I became hypersensitive to people around me, developing extreme social anxiety and tried to be overly friendly to other classmates. I would think over and over again about conversations I had or conversations I would have, calculating what would be the best way to move forward. Playing basketball and being a member of the school choir, to the outside world I appeared very social, inside though, I was on pins and needles. 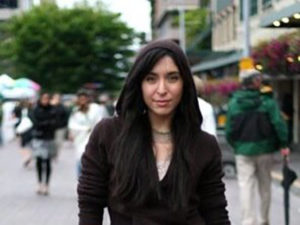 Being the slightly anti-social person that I was, where books were friends, and if they were comic books even better, I decided to do Running Start — a program allowing me to earn college credit while still in high school. Getting to be on a college campus was great and a challenge in many ways. I was excited that I not only got to be around college students but I was also able to go to school with my brother, who I still look up to today. Being that my brother was four years older, all of my brother’s friends seemed like big brothers themselves. I never thought much of it. All of them appeared protective by nature. One in particular who met me when I was 15 and at that time was 32, seemed to be the most mindful of my safety. I remember even hanging out and playing video games with him, thinking in my head; he was just another one of the guys — family. When I turned 17, I found out he had been following me. At first, it seemed minor; to the mall, spotting me in different places around town.  Then later, to music spots I used to frequent with my friends.  One night, I got into a confrontation where he admitted to following me for a very long time, angry that I had had a boyfriend for the first time. Long story short, he was the reason I walked into a dojo and sign up for six months of training. I was scared. Because he positioned himself as family and kept close to my brother, mother, and father, I was afraid to tell anyone of his interactions with me. I said nothing.

The story continued, but this was the beginning. And for all of those who are afraid to speak out, I want you to know that you are strong and there are people in your life who love you. They will listen to you and if they don’t, find someone who will.​ 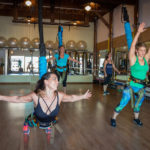 Hop To It: Why Bungee is the Latest Fitness Trend

5 Things Your Kids Should Do This Summer

Aerial Yoga is Back