Where are all the good men dead? In the heart or in the head?``~ Gross Point Blank

Watching Mad Men, we all want Don Draper to be a good guy but let’s face it, he is a womanizer. Is it possible to be a good guy and a womanizer? Many of us consider several philandering presidents to be good guys. Here is where the lines get crossed, colors turn to grey and things get mucky. Don Draper’s mentality is so mainstream that a lot of the misbehavior can be forgotten by most people and by those directly affected is easily dismissed — that is the problem. Who puts that in check? ME TOO has been a silent, yet massively effective statement bonding women across the nation and the world. I do believe that in light of the magnitude of people (both men and women) who were affected by some form of sexual misconduct, it gave those affected as well the courage to step into the light and share their stories. I see the cases (stories) and all the men outed as symptoms though. What is the cure for it all? ME TOO has brought to light the people, but how do you change this behavior besides outing people after the fact? Do these situations make men think twice? Are they thinking twice for the right reasons?

We have grown up in a Mad Men world where lewd comments and inappropriate sexual gestures are something that everyone has had to DEAL with. For years, we have had to deal with our fair share of sexual harassment, sexual misconduct, defilement, and after it all, many of us stay silent. People are walking around with PTSD that don’t even know it exists within them because they have been conditioned to believe this is the norm. But deep down, they have to know something is wrong…don’t they?!

I remember my own experiences in the professional arena. I spent over 8 years in the education field working on education policy, doing inspirational speaking, doing book readings with the children’s book I wrote, illustrated and published, doing women’s empowerment workshops, and teaching youth of all ages. I was one of the youngest women in a director position running a non-profit in my city. Despite the fact that the field was education, a place where one should feel safe, a place that is meant to be professional, I can recall several times where I felt my dignity being compromised by lewd comments and gestures. That Mad Men, old school, “locker talk” behavior. One of the worst moments in my professional career being an unwanted gift that was so left field, from a much older, male colleague that I just drove home dumbfounded. The person knew I was in a relationship and he was married which irked me even more. He was someone who I never made advances to, flirted with, or eluded to wanting. That gift made me think; question myself, my worth, how I was perceived, what others thought of me, and one of the most prominent thoughts which just kept drumming in my mind was, ‘What did I do wrong?’ It was embarrassing, to say the least, asinine at most and just downright uncalled for! I realized at that moment that despite how conservative I dressed, despite my position, despite the fact that I had done nothing in the way of flirtatious conversation, I was still vulnerable and could still be degraded. Something inside me felt sick.

In the personal arena, a week before my book launch, I dealt with an attempted sexual assault by a stalker holding a foot long wrench. The event left me feeling hollow, on edge, and afraid for a very long time. Never in my life had I met that person. Knowing self-defense and how to assess the situation saved me from a worser fate. From that event, I had post-traumatic stress, nightmares, and constant anxiety to the point that I didn’t even want to socialize anymore which was counterproductive to my work. At times, I would get home from work, curl up in the fetal position and just cry. I had a girls program and spoke of empowerment, taught self-defense, but deep down, part of me felt like a fraud and I was screaming inside. I was so afraid after what had happened; I didn’t know how to be. When I was a little girl, I dreamt of becoming a full-time writer. After finishing my first book, I thought I would write a million books after, and that book launch was just the beginning. Honestly though, after that day, I had no will to pick up a pen or start typing. I didn’t want to promote my book. The reality was I didn’t want to do anything. On a cellular level, I felt dead. I knew my life and whatever innocence I had left died in that room. The trial against my attacker took a year and a half. During this time he was not in jail and I constantly looked over my shoulder. At one point a person very close to me asked why I was putting another black man behind bars when he “didn’t even rape me.” I have read The New Jim Crow and very much believe that our prison systems are set up so that people of color, specifically black males are put in positions where the odds are stacked against them. So the statement hurt deeply. I was working on issues surrounding racial equity in my community and what was said just stung. Being cognitive of racial dynamics, especially when dealing with our justice system is vital. Did race have to do with why I was going through with the trail no. And honestly, if it was a white guy, I think he would deserve the same due process. Women do have a harder time putting white males in jail for the same situation. Still I used to ask if I was I making a mistake — a thought that crossed my mind often after that comment was made. There were several times I wanted to call it quits on the trial but then a week before one of the trial dates; my stalker sexually assaulted someone else. That’s when I knew I had to continue, stay the course, and see it through to the end because, despite the fact that he did not sexually assault me, I was violated and with my inaction, he could easily assault again. My safety felt in jeopardy but also the safety of others. Being surrounded by positive women at that time actually saved me. My friends Erin Jones, Sharon Gordon, Kit Evans, Sarah Knutson, Stephanie Raven, Jasmyn Jefferson, Nicci Montgomery, and my mother, who stayed with me through the tears, the anger, and all of my fears — they made that time of my life bearable. The police officer who was there with me from the day of the assault all the way up through the final day of trail — officer Rush gave me strength and was a reminder that what happened to me mattered. All of these women also helped me to realize I had enough evidence to put this guy away and keep him away from others who he could harm worse than what had happened to me. I share this very personal story because, I want people to understand the conflicting feelings about coming forward, the realities about why some of these women are bringing to light events that are less than a full-on sexual assault, events that may have happened years before. Also, I share because I want people to understand why coming forward might be needed for such change to happen, shifting the MAD MEN Culture.

I hope those reading understand the complexity of the feelings others may be going through who come forward. I in-turn understand men may feel wronged because they are doing “What they’ve always done.” However doing what you’ve always done doesn’t make it right. It is important for men, and women with similar behavior, to look and re-evaluate, put others in-check who are displaced such behavior, and be willing to open up a conversation for lasting change. 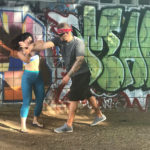 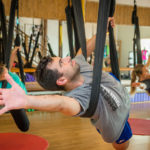 Mix it Up! The Importance of Cross Training 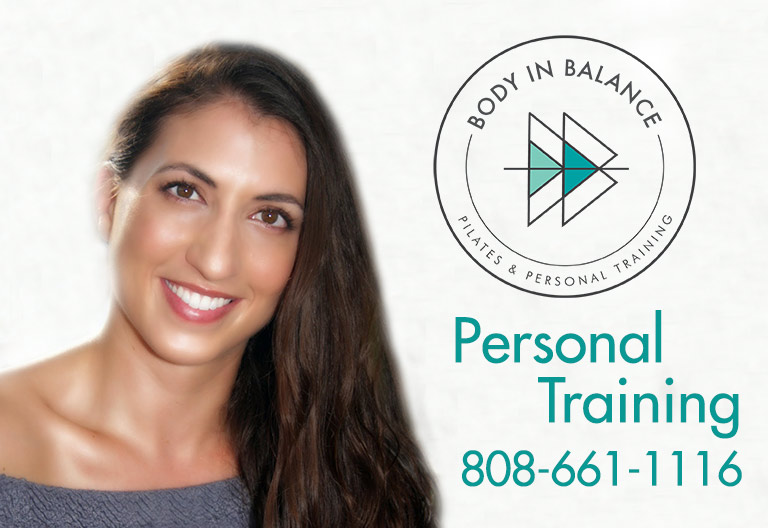 Aerial Yoga is Back